“The age of life and the three graces” by Luigi Morgantin 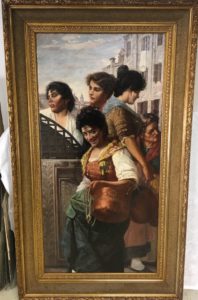 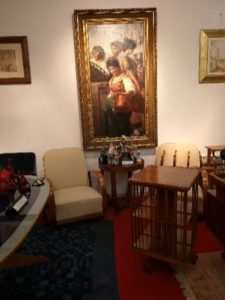 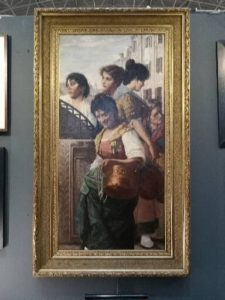 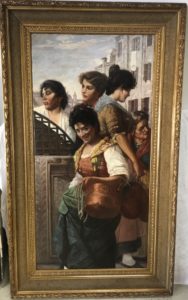 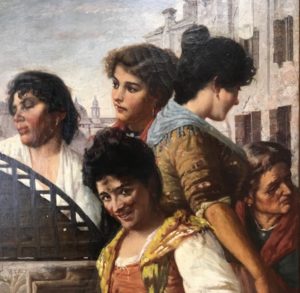 The pictorial work of L. Morgantin whose theme is “The age of life and The Three Graces”, oil on canvas of 190X110 cm, with gilded frame.
This work is presumably from 1887, and executed according to the pictorial canons of the master Egisto Lancerotto (1847-1916), a Venetian painter of true taste, known for the winking and playful popular scenes that open to symbolism. Furthermore, the landscape and the almost photographic composition recall the works of other Venetian masters such as Pietro Fragiacomo, Giacomo Favretto, Luigi Nono and Ettore Tito.
The work is also accompanied by some pages of the “Italian illustrator” of 1887 which served as reinforcement of the frame, found at the time of restoration and cleaning.
Finally, still inside the frame, a business card of the Vicenza noblewoman Ilda Maraschin was found in which she regretted with her friend painter Luigi that she had not been able to meet him during the Venetian carnival. The painting, which belonged to an important family from the city of Pècs in Hungary, was in their possession since the first decade of the twentieth century. 190 x 110 cm. Age 1887.